Healthcare-associated infection (HAI) is a threat to medical quality in most healthcare facilities in both developed and developing countries. The incidence rate of HAI is around 5–10%; therefore, controlling and reducing HAI has become a significant global public health question (1,2). Since patients in an intensive care unit (ICU) have serious conditions like chronic disease, they undergo invasive operations and have low immunity, and are therefore more likely to contract HAI than other patients. One study showed that the risk of HAI in the ICU is 3 times greater than that in the ordinary medical unit (3), and the ICU is a critical department in HAI surveillance (4). Acinetobacter baumannii (CR-AB) is a Gram-negative bacillus and has proven to be the main pathogen causing HAI. CR-AB is the most common non-fermentative bacteria which causes HAI. Its drug resistance has become increasingly severe, and is highly likely to be the main cause of HAI outbreak (5,6). CR-AB infection results in it being widely distributed in the environment of the hospital. It can further infect different sites like the urinary tract, wounds, endocardium, lungs, and blood, after longer lengths of stay (7). Carbapenem-resistant CR-AB, the most common kind of multi-drug resistant CR-AB, can easily spread and will cause intractable infection. According to an American report, 49.5% of CR-AB cases are carbapenem-resistant. CR-AB has a significant relationship with CR-AB infection death (adjusted OR: 2.49, 95% CI: 1.61–3.84). Several countries like France, Germany, Greece, and Italy have reported CR-AB outbreaks. HAI pathogen distribution and drug resistance in general ICUs of the Inner Mongolia region were detected from January to May 2019 in 12 tertiary general hospitals. In total, 63 strains of non-repetitive CR-AB were isolated from ICU patients, healthcare workers (HCW), and the environment. Pulsed-field gel electrophoresis (PFGE) and homology analysis of the 63 strains were completed to provide evidence for CR-AB infection treatment and prevention.

A dominant bacteria strain from the culture medium was chosen according to the growth shape. VITEK2-compact Microbial detection system was used to conduct strain identification and antimicrobial susceptibility tests by matching reagents. Some individual strains were tested using an antibiotic disc to conduct a Kirby-Bauer (K-B) antimicrobial susceptibility test. Judgments for the quality control of the results were according to the 2016 recommended criteria of the The Clinical and Laboratory Standards Institute (CLSI) (8).

CR-AB strains were isolated from samples of healthcare workers, HAI patients, and the environment to conduct the PFGE test. Intructions for conducting the PFGE procedure were as follows: (I) revive strain (kept at -80 °C); (II) embed the bacteria in gel and use the corresponding Apa I endonuclease to restrict enzyme digestion on the DNA site; (III) change the small-sized gel block, including the DNA fragment, into a bigger sized gel block using 1.5% agarose gel; (IV) place a bigger sized gel block into 0.5 × TBE buffer solution to conduct PFGE; (V) dye, rinse, and image the gel block for observation and preservation.

The study was approved by the institutional ethics committee/ethics board of Inner Mongolia People’s Hospital (No. 202000203L). Since this study is not involve any patient’s personal information and the samples used in this study were after used samples from hospital lab, informed consent is not require in this study.

Type and distribution of pathogen bacteria 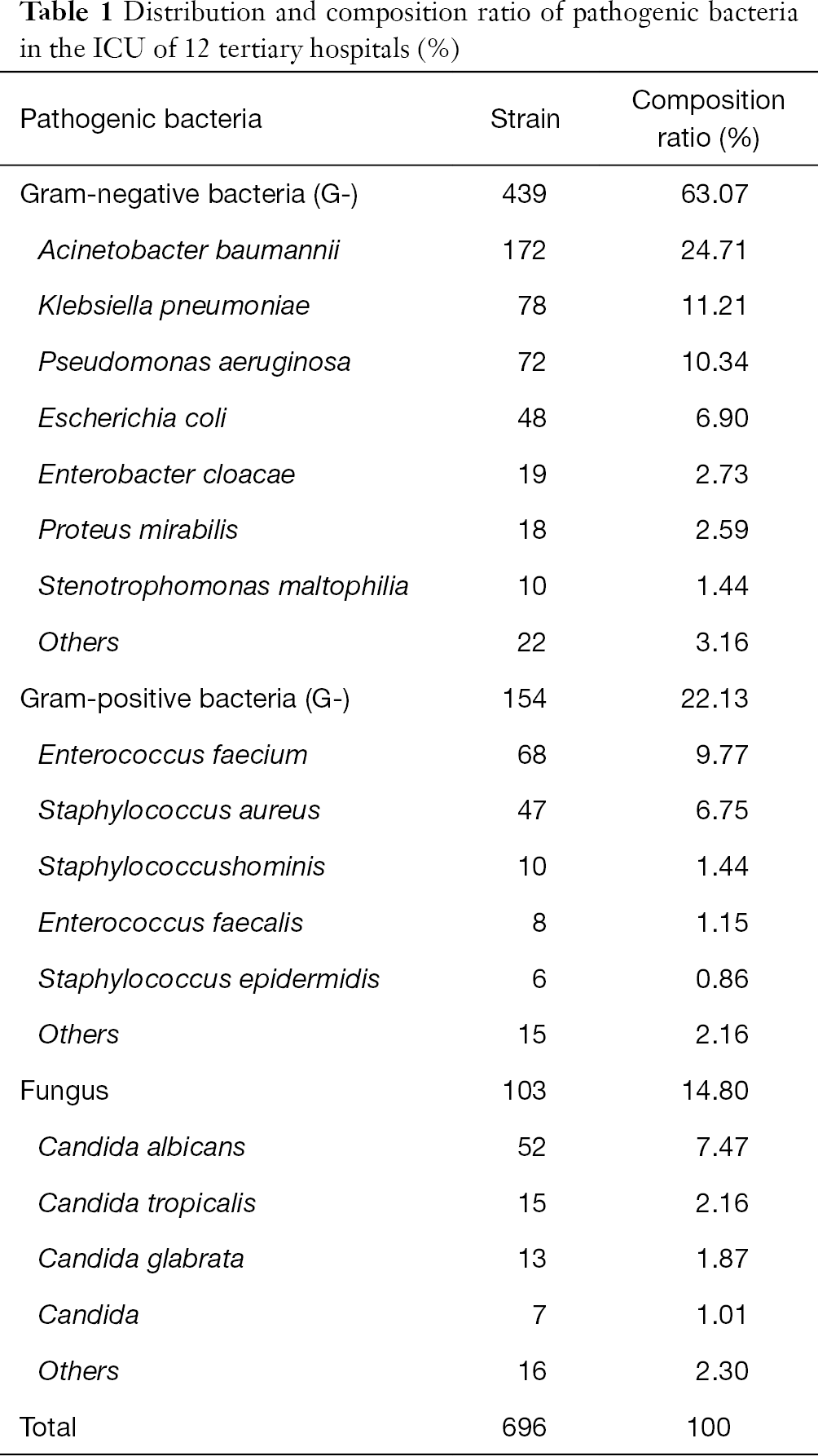 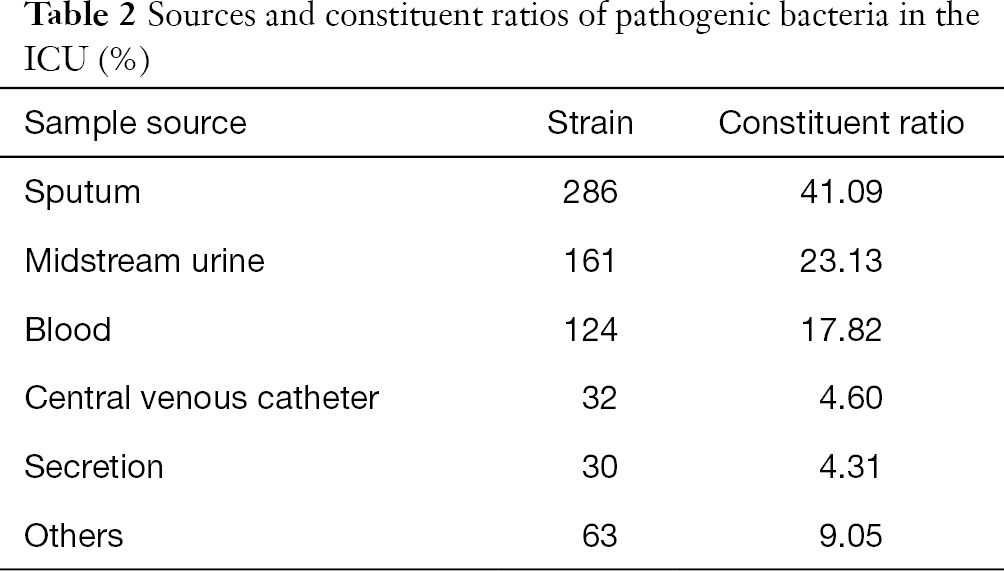 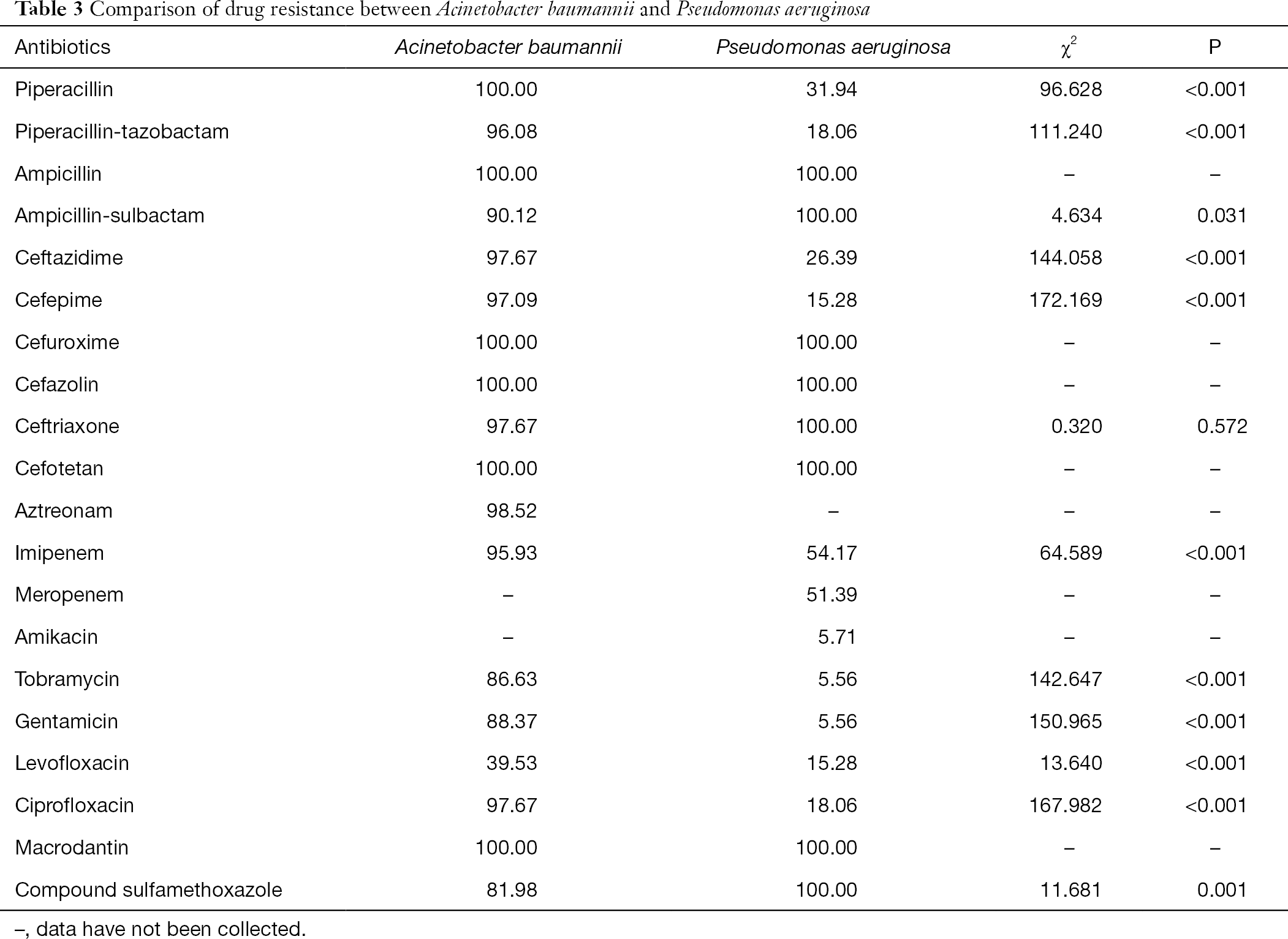 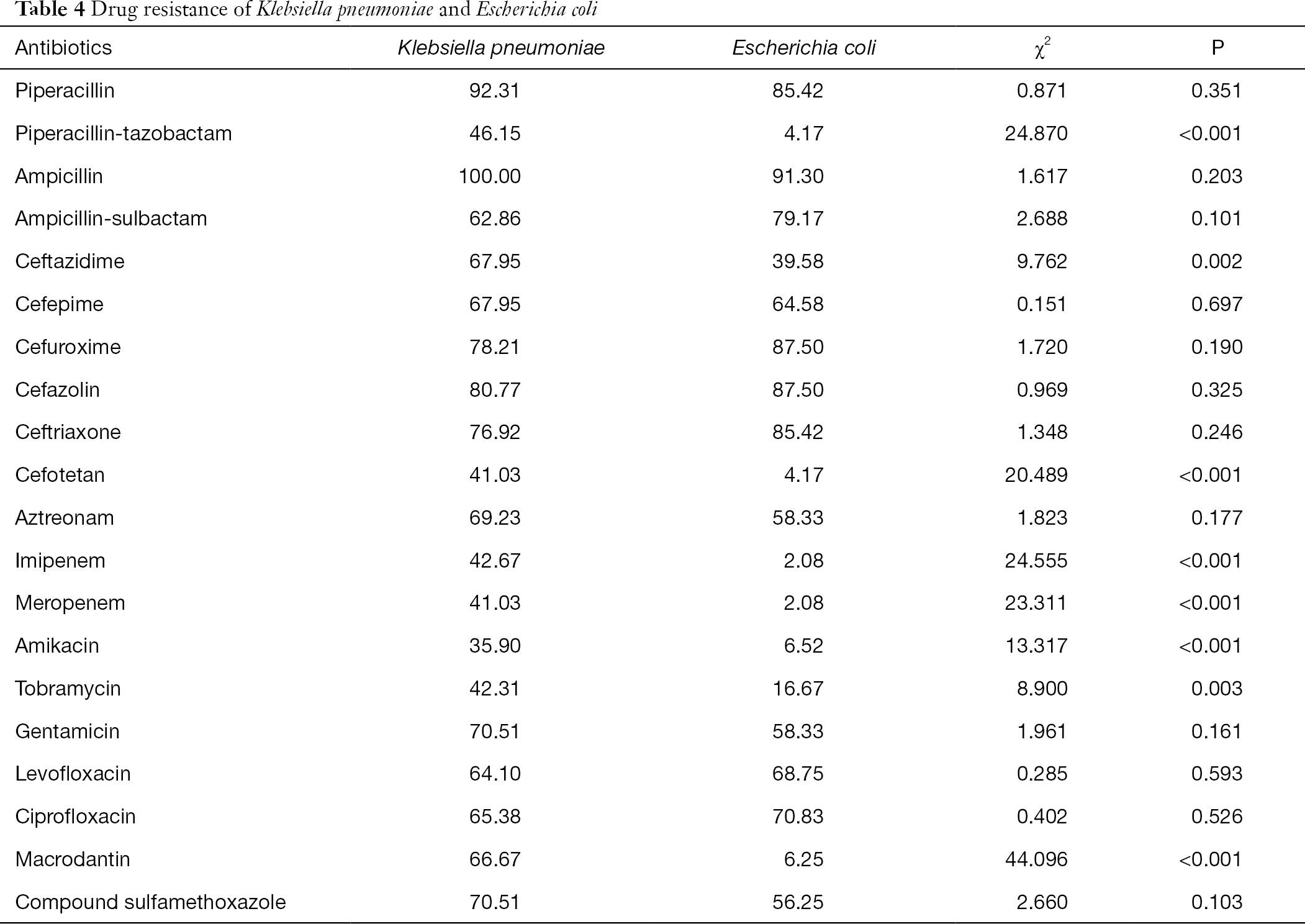 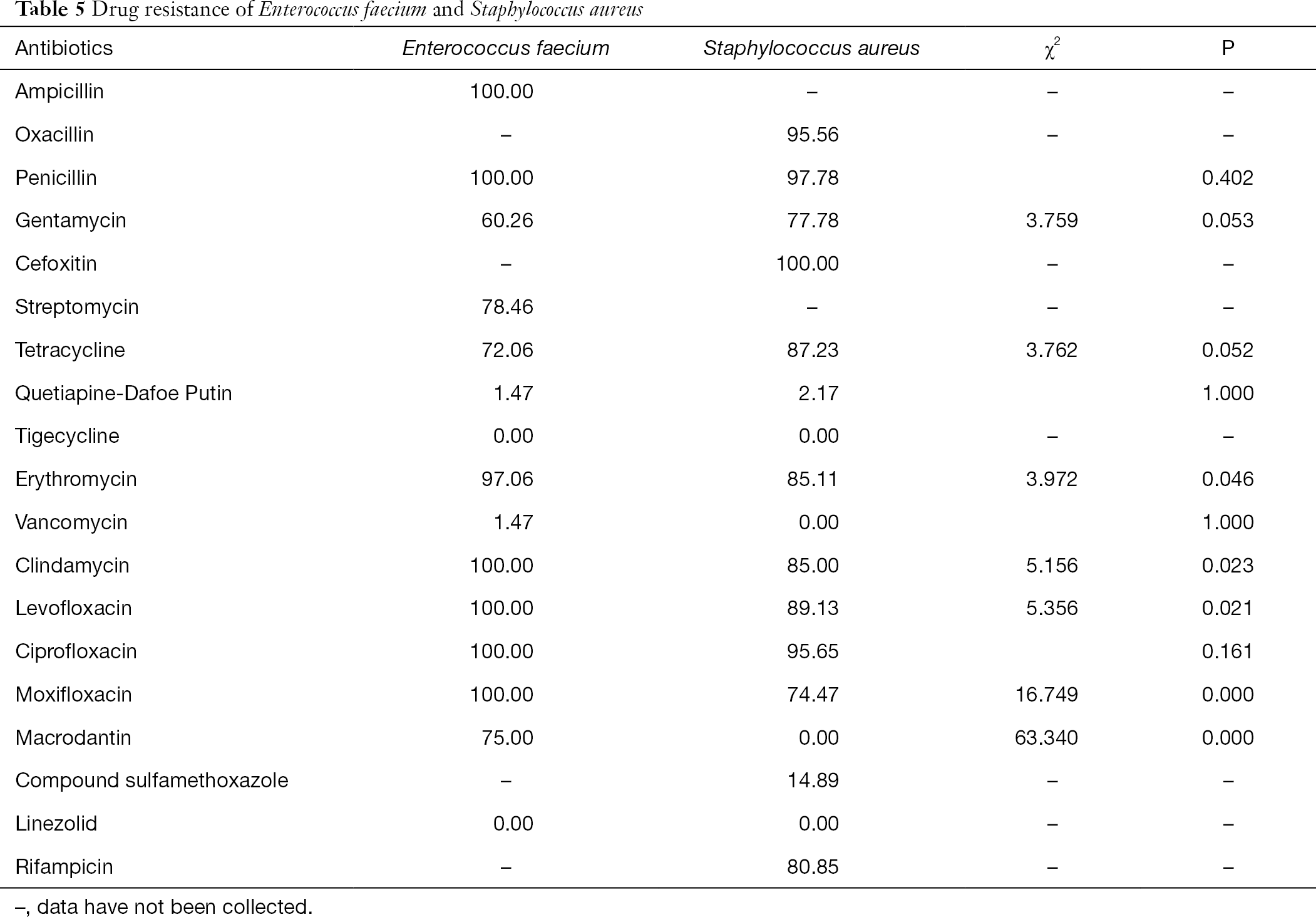 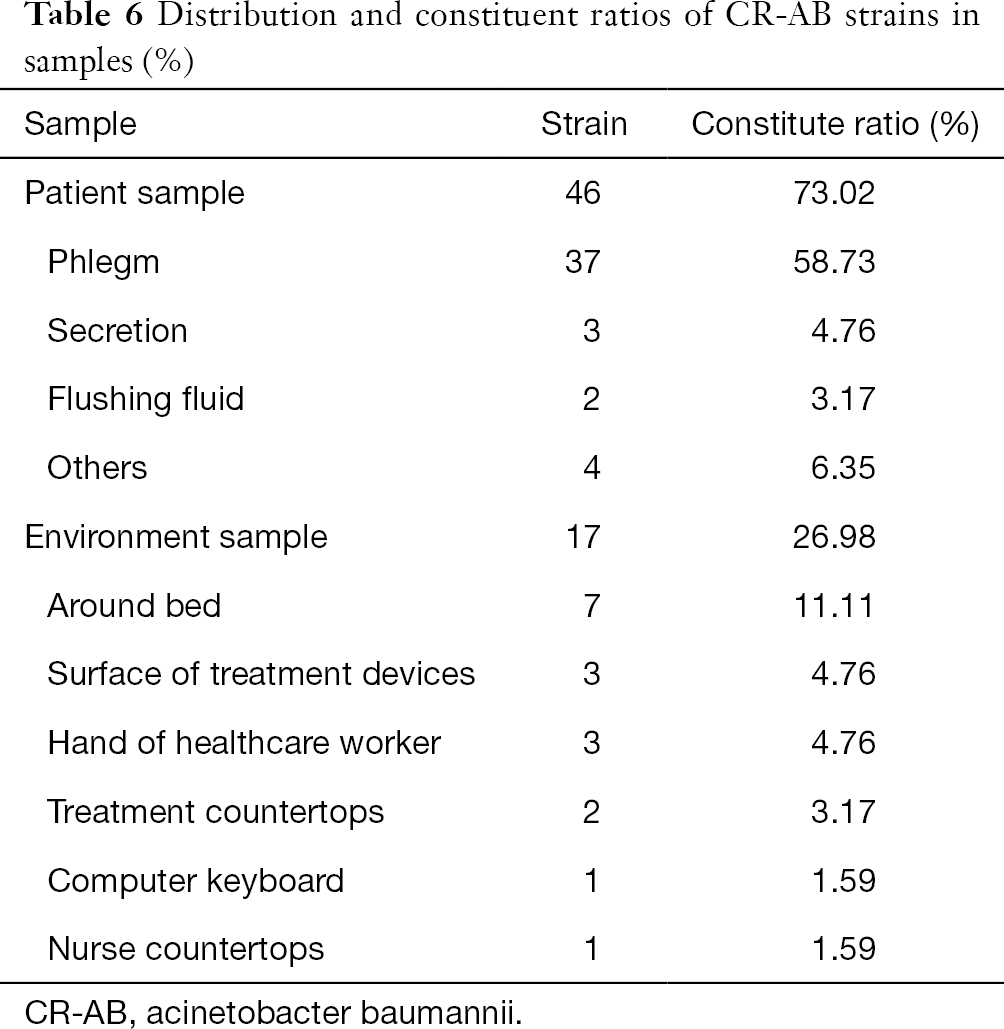 The 63 strains of CR-AB collected from HAI patient and the environment of 12 ICUs were used to conduct PFGE, and 20–30 strips were generated (Figure 1). BioNumerics software was used to analyze PFGE electrophoretograms. Based on the principle of 100% similarity regarded as the same PFGE type, a total of 62 types of strip were generated, and only BM17 and BM30 were 100% the same. A 74% similarity coefficient was used to conduct UPGMA cluster analysis, and resulted in 16 clusters (A–P). Finally, 16 clusters were scatter distributed: K, L, and N types constituted the majority (more than 9 strains), I type included 5 strains, and other types only included 1–3 strains. Based on the Tenover criteria which states that >85% similarity in strips should be regarded as the same strain, we can conclude from cluster analysis (Figure 2) that many strains were the same. For example, BM39 and BM41 were from the same patient sample from the Central Hospital of Wulanchabu, while BM49 and BM50 were from the patient phlegm sample and surface sample of a ventilator, respectively. 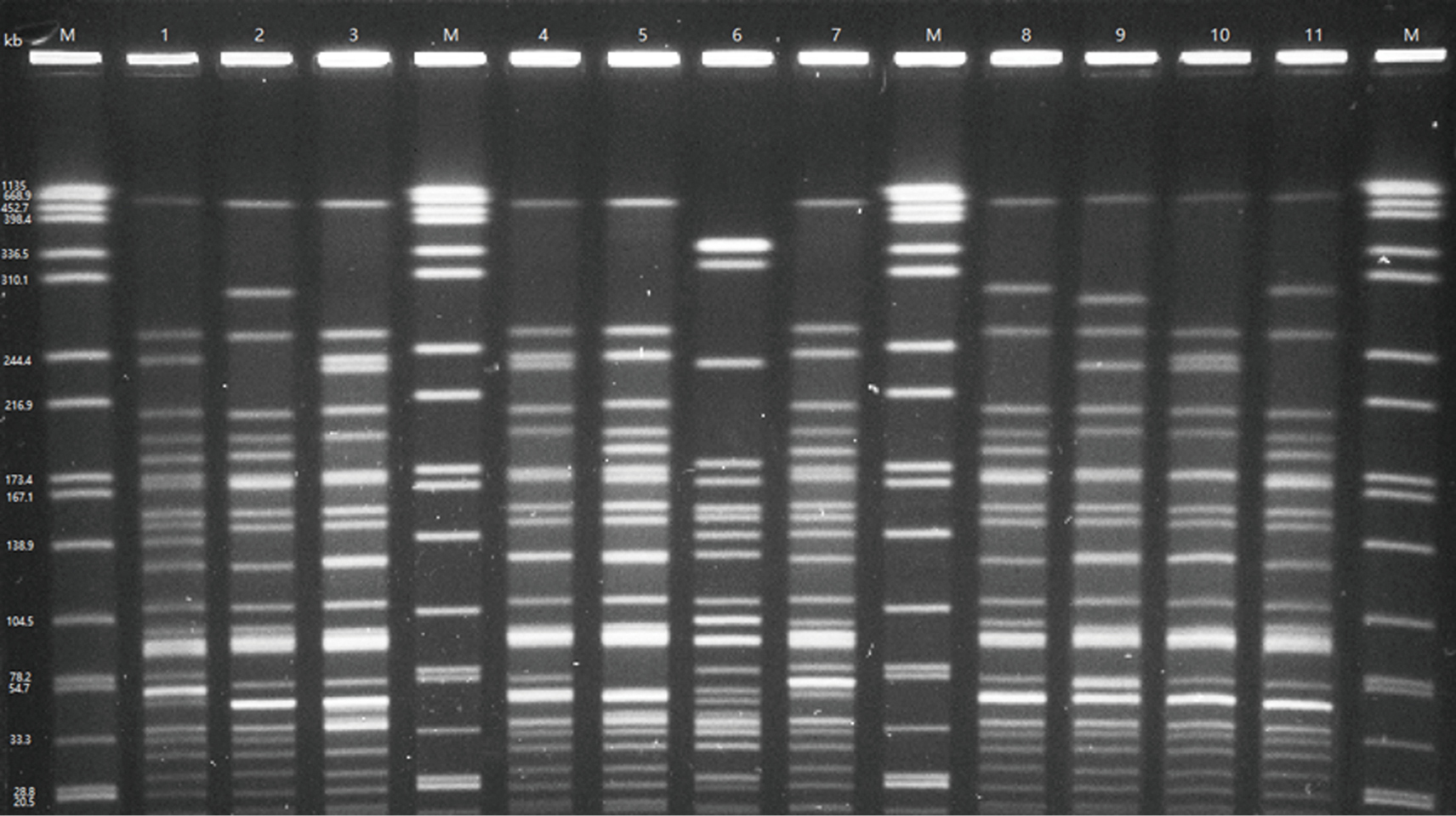 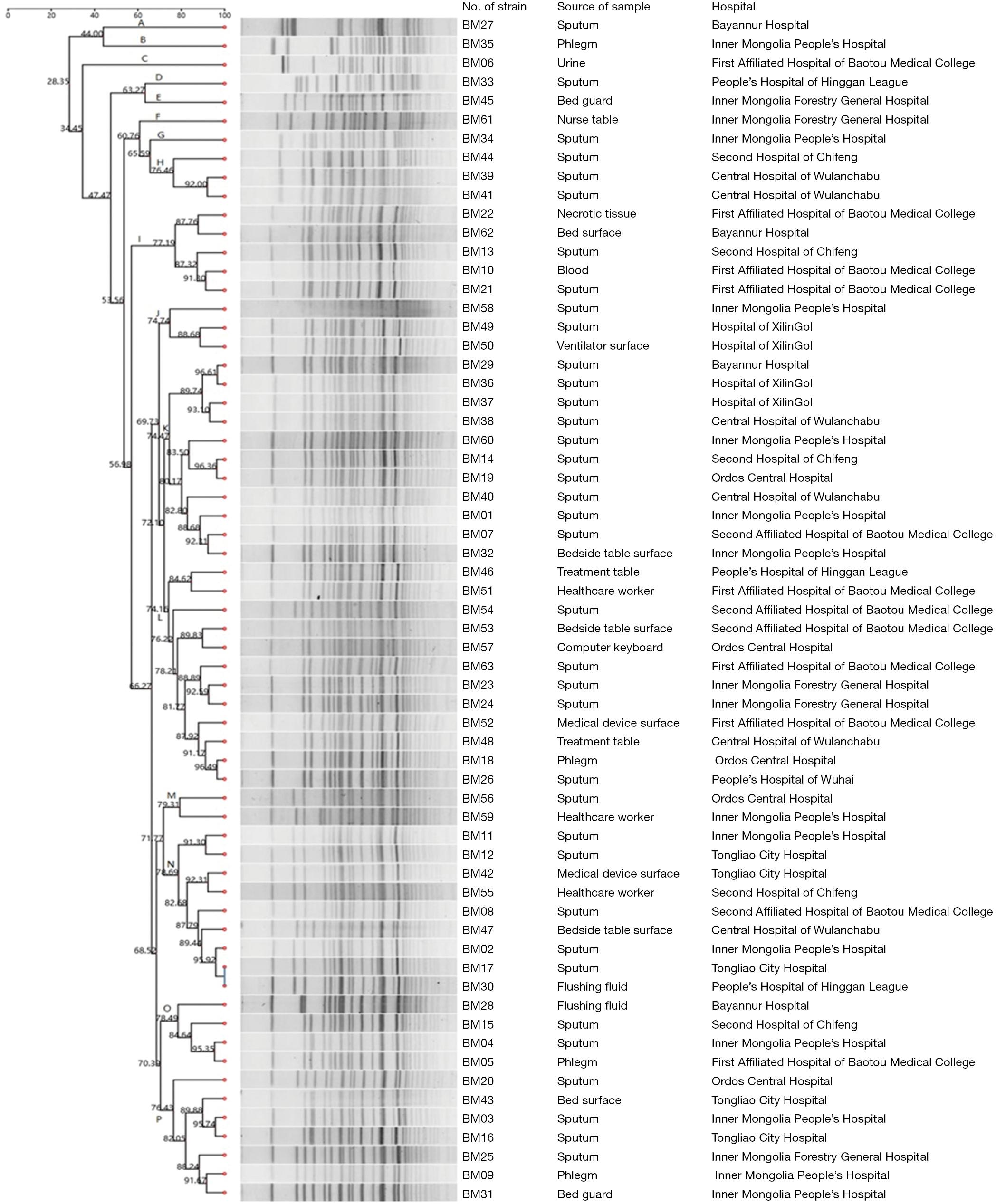 HAI is an infection caused by pathogenic microorganisms and microorganisms, which usually do not cause harm to human health but eventually result in human infection and clinical symptoms in different ways. Following the increasing amount of newly discovered antibiotics, death caused by HAI has decreased sharply. Nevertheless, multi-drug resistant organisms (MDRO) have subsequently raised a considerable challenge to healthcare workers. Thus, we need to understand the local distribution of pathogens in the ICU and their drug resistance in order to choose better clinical antibiotics. According to the result of this study, gram-negative bacteria constituted the majority of the 696 strains of pathogen bacteria detected from the ICU in 12 general tertiary hospitals from January to May 2019. Non-fermentative CR-AB had the highest detection rate, which is the same as a result from the China Antimicrobial Resistance Surveillance System (11-12). Non-fermentative bacteria are conditioned pathogens that generally exist in the environment. Non-fermentative bacteria can form colonies in humans with no clinical symptoms, and can turn into pathogenic bacteria when immunity decreases.

The sputum sample constituted 41.09% of the sample total, which shows that the respiratory tract is the most common infection site in the ICU, which is similar to other findings in China (13). A possible reason for this could be that the critical condition of the patients in ICU may hve compromised consciousness, trachea intubation, tracheostomy, ventilator usage, venipuncture, or sputum aspiration damaging mucous epithelia of the respiratory tract; all contributing to declined immune function. For the resons outlined above, it is easier for bacteria to adhere to and colonize the respiratory tract (14). The 6 most common bacteria for HAI patients in the ICU were CR-AB, Klebsiella pneumoniae, Pseudomonas aeruginosa, Enterococcus faecium, Escherichia coli, and Staphylococcus aureus; this composition differed from that in Chen’s survey (15), while the ICU bacteria distribution differed from that of the other regions in China.

The 63 strains of CR-AB bacteria collected in this study were used to conduct homology analysis; the PFGE test figure was input into PulseNet China software to obtain a cluster analysis figure. The cluster analysis figure showed that CR-AB is sporadically across the Inner Mongolia region, with a cross-infection occurring between the patient and the environment. To better prevent cross-infection, isolating infected patients, cleaning and disinfecting the environment, and strengthening the hand hygiene of healthcare workers will have a beneficial effect. Especially when considering healthcare worker’s low compliance of hand hygiene, the focus should be surveillance and prevention, since hospital cross-infection is mostly caused by contaminated hands. Therefore, it is essential to strengthen the awareness of aseptic operation and focus on training of standard operation for healthare workers. Timely and strict disinfectant medical devices (18), rational use of antibiotics, personal protection of healthcare workers, and medical waste management could also prevent outbreaks and reduce the number of HAI cases (19-21).

In conclusion, HAI pathogenic bacteria in the ICUs of Inner Mongolia have multi-drug resistance. G-bacteria were the primary pathogens of HAI in the ICU, which is similar to findings in other regions (22,23). Therefore, the connection between the HAI management department and the clinical microbiology lab should be strengthened. Healthcare workers should promptly and periodically investigate any pathogenic bacteria of inpatients to dynamically observe drug resistance of ICU pathogen bacteria. Clinical doctors could choose antibiotics according to a drug sensitivity test which could simultaneously prevent a drug-resistant bacteria epidemic. It is necessary to ensure that the right-hand hygiene method is used, while strict adherence to aseptic operation and immediate disinfection of environment and air can effectively reduce cross-infection between patients, further preventing CR-AB outbreak in healthcare facilities.

Conflicts of Interest: All authors have completed the ICMJE uniform disclosure form (available at http://dx.doi.org/10.21037/apm-19-632). WL, YY, KZ, YH, HL, YJ, HX, BX, HB, YZ and TG report grants from Department of Science & Technology of Inner Mongolia, Department of Human Resources and Social Security of Inner Mongolia, State key laboratory for infectious disease prevention and control of Chinese Center for disease control and prevention, Infection Prevention and Control Research Fund Administration Commission of China Geriatric Society, and Health Comission of Inner Mongolia during the conduct of the study. The other authors have no conflicts of interest to declare.

Ethical Statement: The authors are accountable for all aspects of the work in ensuring that questions related to the accuracy or integrity of any part of the work are appropriately investigated and resolved. The study was conducted in accordance with the Declaration of Helsinki (as revised in 2013). The study was approved by the institutional ethics committee/ethics board of Inner Mongolia People’s Hospital (No. 202000203L). Since this study is not involve any patient’s personal information and the samples used in this study were after used samples from hospital lab, informed consent is not require in this study.