Tetracaine combined with propofol for painless oocyte retrieval: from a single center study

In recent years, the incidence of infertility has increased annually, which is about 10–15% in China. As one of the important treatments for infertility, the in vitro fertilization and embryo transfer (IVF-ET) has been an important assisted reproductive technique with a high success rate and has been widely accepted by patients (1,2). In the process of IVF, the most fearful part for patients is the oocyte retrieval. At present, the ultrasound guided oocyte retrieval is mainly employed via vagina in clinics, which may cause pain and fear in patients. Thus, it is necessary to develop simple and safe anesthesia for oocyte retrieval to reduce the pain and fear (3). Currently, egg retrieval is often done under intravenous anesthesia with propofol (4). However, various factors, such as pelvic anatomical abnormalities and excessive number of follicles, often cause the difference in the operation time (range, 10–40 min), which requires prolonged anesthesia and analgesia, resulting in the increase in the dose of propofol used for anesthesia (5). Moreover, the increase in the dose of anesthetics may have potential adverse effects on the follicular quality (6). Therefore, to reduce the amount of propofol used for anesthesia and decrease the postoperative discomfort, this study was undertaken to explore the safety and satisfaction of oocyte retrieval under vaginal topical tetracaine anesthesia combined with intravenous propofol anesthesia. Our findings may provide evidence for further clinical applications of this technique.

This study was approved by the Ethics Committee of Shanghai Tenth People’s Hospital of Tongji University (No. SHSY-RPIEC-19-01/01), conducted in accordance with the Declaration of Helsinki (as revised in 2013). Because of the retrospective nature of the research, the requirement for informed consent was waived. A total of 101 patients who received elective oocyte retrieval in the Reproductive Center of Shanghai Tenth People’s Hospital were recruited from January 2017 to August 2018. Patients were randomized into two groups: tetracaine plus propofol group [combination group (n=53)] and propofol group [control group (n=48)]. Inclusion criteria were as follows: patients were aged 20–40 years; body mass index (BMI) was 18–28; the preoperative physical examination of patients receiving IVF showed normal results; there was no history of chronic cardiovascular diseases, and liver and kidney diseases; the American Society of Anesthesiologists (ASA) physical status was I-II. Exclusion criteria were as follows: (I) patients had diseases in the early stage; (II) patients had untreated genital inflammation; (III) patients had coagulation dysfunction; (IV) body temperatures measured twice before surgery (interval: 4 h) were above 37.5 °C; (V) there were contraindications to anesthesia or allergies to drugs and materials used in the egg retrieval; (VI) patients had central nervous system diseases or use of drugs for the treatment of these diseases; (VII) there was a long-term use of sleep-aiding drugs (Table 1).

Patients received food and water deprivation for more than 6 h and then were transferred into the operation room after bladder voiding. Patients laid in a lithotomy position and an intravenous access was established. The blood pressure (BP), mean arterial pressure (MAP), heart rate (HR) and oxygen saturation (SpO2) were monitored, and oxygen was administered at 2–3 L/min.

The buttocks were elevated 10 min before surgery and 8 g of tetracaine gel was administered into the vaginal fornix. Sufentanil (National Pharmacopoeia: H20153093) was administered at 0.1 µg/kg intravenously during the vulvar flushing. Propofol was administered intravenously before the surgery. The induction dose was 2 mg/kg. If any limb movement was noted, addition propofol at 0.2 mg/kg was administered for anesthesia maintenance. The patient movement was closely monitored (once every 5 minutes). When the eyelash reflex and consciousness disappeared, the oocyte retrieval began. The spontaneous breathing was maintained during the operation. When BP was lower than 30% of the baseline, 10 mg of ephedrine was given. When HR was lower than 50 beats/min, 0.25 mg of atropine was administered. When SpO2 was lower than 90%, pressurized oxygen was given via a mask and the mechanical ventilation was employed to assure that the patient’s airway was unobstructed. The vital signs were closely monitored. After the surgery, patients were transferred into the resuscitation room, and the time to consciousness gaining was recorded. If there were no special discomforts, and vaginal bleeding was mild, patients were transferred into the ward 1 h later.

The procedures for anesthesia were the same with the procedures mentioned above except for the vaginal use of tetracaine gel.

Following information was recorded in the sheets. The sheets were filled in by the clinicians. The hemodynamic parameters were recorded before drug administration and 3, 5, 10 and 15 min after drug administration (recording once every 5 min until the end of the surgery): BP, MAP, HR, and SPO2. the dose of propofol used in the surgery, intra-operative complications (such as respiratory depression, arrhythmia, nausea, vomiting, coughing and body movements), special drugs used in the surgery, operation time, anesthesia time and satisfaction of clinicians performing the surgery were also recorded.

There were no significant differences in age, body weight and BMI between the combination group and the control group. The dose of propofol used in clinical practice is related to the age and body weight, and thus theoretically the dose of propofol was comparable between two groups. In addition, the follicle-stimulating hormone, luteinizing hormone, estradiol, progesterone and anti-mullerian hormone were similar between two groups before the surgery.

As compared with the control group, the MAP and HR reduced significantly in the combination group, but still remained in the normal range. This suggested that the combined use of propofol and vaginal tetracaine was able to reduce the cardiac load, which was helpful for the clinical manipulation (Figure 1). 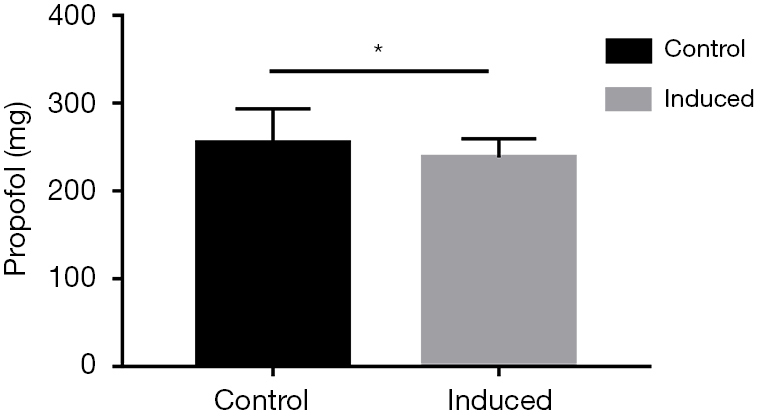 Figure 2 Dose of propofol used in the surgery. Statistically significant difference was present between the two groups. *, P<0.05. 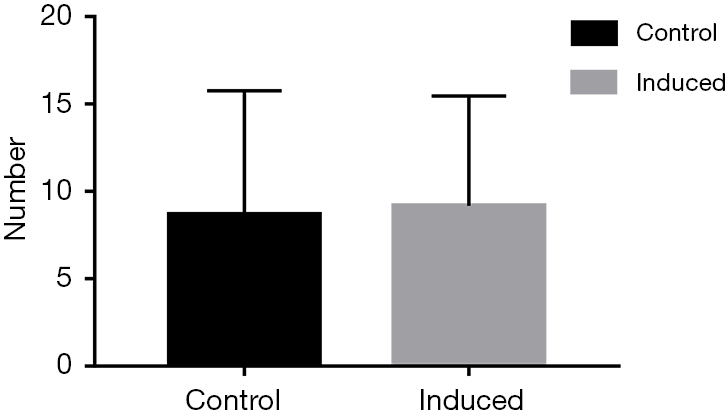 Figure 3 Number of oocytes retrieved in the surgery. No statistically significant differences were present between the two groups. P>0.05.

In patients receiving anesthesia with propofol alone, body movements were noted. This suggested that the anesthetic effect reduced although the dose of propofol is higher in the control group. Moreover, more patients in the control group developed respiratory depression as compared with the combination group (2 vs. 4) (Table 2).

If there were body motions due to the painful stimulation or abdominal breathing was too large, it will affect the operation, resulting in decreased intraoperative satisfaction. The results of the analysis showed that the combined use of the tetracaine group was similar to the control group (Figure 5). 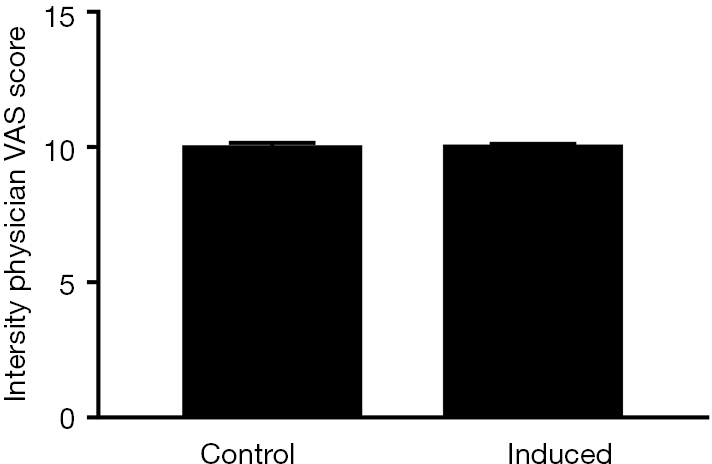 The number of patients with successful fertilization after embryo transfer was determined. Results showed the number of patients with successful pregnancy after embryo transfer was similar between the combination group and the control group (P>0.05). This suggested no significant difference in the success rate of pregnancy between two groups (Figure 6). 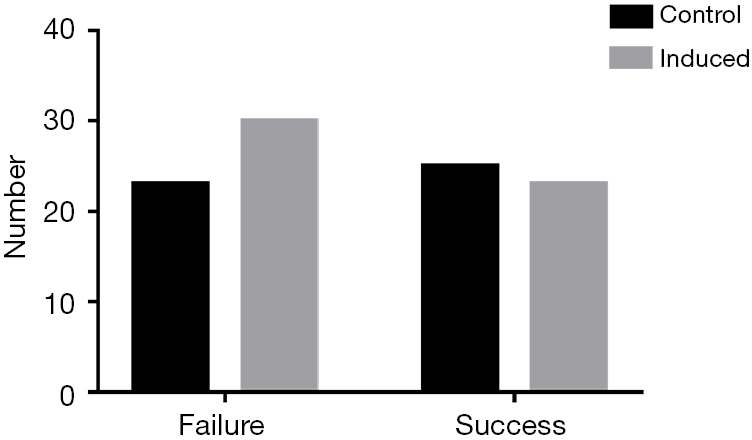 Figure 6 Fertilization rate of conception in two groups. No statistically significant differences were present between the two groups. P>0.05.

IVF-ET is one of the important techniques for the clinical treatment of infertility, but the ultrasound guided oocyte retrieval via the vagina may cause pain and fear of patients receiving IVF. Generally, the oocyte retrieval under the guidance of ultrasound may cause mild to moderate pain in these patients. A small number of patients will undergo severe pain due to the pelvic anatomical changes such as adenomyosis and chronic pelvic inflammation. Thus, it is necessary to employ anesthesia for better egg retrieval. At present, intravenous anesthesia with propofol is generally used in clinical practices (7). However, the increase in the measurement of intravenous propofol may adversely affect the follicle quality (8,9), significantly change the hemodynamics such as BP reduction (10) and oxygen saturation reduction (11,12), but insufficient propofol may lead to intraoperative pain and significant body movements. Therefore, tetracaine gel was used in the vaginal area to reduce the dose of intravenous propofol.

As a local anesthetic, tetracaine can act on peripheral nerves to block nerve impulse transmission with stable and safe analgesia (13). The tetracaine gel possesses the lubricating effect as the paraffin oil. It is easy to use and may exert anesthetic and analgesic effects. Moreover, it can also relax the sphincter, which is helpful for the vaginal oocyte retrieval under the ultrasound guidance. Propofol is the main anesthetic used in the oocyte retrieval, but it may exert significant inhibition on the respiration and circulation (14). In addition, its analgesic effect is weak, and thus the body movement during the propofol induced anesthesia will affect the oocyte retrieval (6,15). Thus, the local use of tetracaine gel may reduce the dose of propofol, attenuate the side effects of propofol, providing a more appropriate anesthesia method for patients, and thus accelerate the surgical process (16-18).

The vaginal use of tetracaine can effectively reduce the dose of intravenous propofol. The age and body weight were comparable between the control group and the combination group, and there were no marked differences in the follicle-stimulating hormone, luteinizing hormone, estradiol, progesterone and anti-mullerian hormone between them. This implied that the theoretic dose of propofol used for anesthesia was similar (19,20). As shown in this study, when compared with the control group, the combined use of tetracaine significantly reduced the dose of propofol in the combination group, and the increase in the dose of propofol had the potential to increase the adverse reactions. Thus, from a clinical pharmacological perspective, the addition of tetracaine can be considered as a protective factor for the patients because there were no significant differences in the number of oocyte retrieved and the success rate of conception between the two groups. This indicated that the addition of tetracaine did not affect the oocyte retrieval and the conception of these patients. Thus, the addition of tetracaine was effective to reduce the dose of propofol and thus decrease the adverse reactions to propofol without affecting the outcome.

The combined use of tetracaine in the vaginal area effectively alleviated the postoperative pain and improved the subjective satisfaction with the surgery. As shown in this study, the pain score at 2 and 4 h after surgery in the combination group was significantly lower than that in the control group. This indicated that the addition of tetracaine to propofol reduced the postoperative pain, which was beneficial for the post-operative prognosis. This study explored the safety and satisfaction of vaginal topical use of tetracaine gel combined with intravenous propofol for anesthesia. Our results indicate that this anesthesia is safe for oocyte retrieval, reduces post-operative pain, and improves the satisfaction with the surgery and prognosis, which provides critical evidence for further clinical applications of this anesthesia.

Funding: This study was supported by the Fundamental Research Funds for the Central Universities.

Conflicts of Interest: All authors have completed the ICMJE uniform disclosure form (available at http://dx.doi.org/10.21037/apm-19-273). The authors have no conflicts of interest to declare.

Ethical Statement: The authors are accountable for all aspects of the work in ensuring that questions related to the accuracy or integrity of any part of the work are appropriately investigated and resolved. This study was approved by the Ethics Committee of Shanghai Tenth People’s Hospital of Tongji University (No. SHSY-RPIEC-19-01/01), conducted in accordance with the Declaration of Helsinki (as revised in 2013). Because of the retrospective nature of the research, the requirement for informed consent was waived.