Ovarian cancer is one of the most common malignant tumors in women, with the third highest incidence, second only to cervical cancer and endometrial cancer. Due to the lack of typical clinical symptoms and ineffective screening methods for early ovarian cancer, 60–70% of patients with ovarian cancer are diagnosed as middle and late stage when they are already suffering abdominal distension, abdominal pain, or pelvic tumor. At present, the main screening methods for ovarian cancer are color Doppler ultrasound, nuclear magnetic resonance imaging (NMR), computed tomography (CT), and tumor markers, but the specificity and sensitivity of these methods for ovarian cancer are low. Epithelial ovarian cancer (EOC) is one of the three most common malignant tumors in the female reproductive system. It has high mortality and poor prognosis, and seriously threatens the physical and mental health of women. The ovaries are located deep in the pelvis. Due to the lack of early diagnostic methods and inconspicuous clinical symptoms, most ovaries afflicted with cancer are only discovered in the late stage. According to some studies, about 70% of the patients are diagnosed in this stage (1). The 5-year survival rate of patients with ovarian cancer has also hovered under 45% (2). The mortality of the cancer ranks first among gynecological tumors and poses a serious threat to the lives of women. The embryonic development, tissue anatomy, and endocrine function of the ovaries are complex, and the early symptoms are not typical. It is very difficult to differentiate between benign or malignant ovarian tumor tissue before operation (3). With the advance of medical science and technology in recent years, the progress of chemotherapy combined with paclitaxel and platinum has greatly improved the therapeutic effect and success rate of ovarian cancer treatments. Nevertheless, there has been no significant improvement to the 5-year survival rate of ovarian cancer patients. A small portion of patients in the initial stage of treatment do not respond to platinum drugs, while the patients who are sensitive to the initial treatment experience recurrence. According to the literature, the 5-year survival rate of advanced ovarian cancer is 20–30%, while that of early ovarian cancer is as high as 90% (4). Surgery combined with chemotherapy cannot cure advanced ovarian cancer and only offers temporary relief. Thus, 70–80% of patients with early ovarian cancer still experience recurrence (5). The resistance of tumor to platinum is the main obstacle. The development of tumor cell platinum resistance is caused by multiple factors, which may include the decrease of drug accumulation, the increase of glutathione level and metallothionein, and the improvement of DNA repair ability (6). Nucleotide excision repair cross complementary gene 1 (ERCC1) is a gene that can recognize DNA damage and cleave DNA chain. Its overexpression can remove platinum DNA compounds, and it has been demonstrated that damaged tumor DNA can be repaired and replicated again (7). There is a correlation between the high expression of ERCC1 and the chemosensitivity of NSCLC platinum drugs (8). The ERCC1 gene is thought to be able to repair platinum-damaged tumor cell and DNA compounds, which are critical to the ability of tumor tissue to restore replication and proliferation (9). Therefore, its expression may be used to predict the efficacy of platinum chemotherapy in patients with EOC, so as to guide the clinical use of drugs (10). In order to investigate the relationship between different gene expression levels of ERCC1 and platinum chemosensitivity in patients with ovarian cancer, we conducted a meta-analysis to comprehensively and quantitatively evaluate the relevant research in this area. We present the following article in accordance with the PRISMA reporting checklist (available at http://dx.doi.org/10.21037/apm-20-1634).

A literature search concerning the expression level of ERCC1 and the chemotherapy of ovarian cancer was conducted on the PubMed, Web of Science, CQVIP, China National Knowledge Infrastructure (CNKI), and Wanfang databases from the establishment of the databases to June 2019. The following keywords in Chinese and English language were used: “ovarian cancer”, “ovarian carcinoma”, “ERCC1”, “excision repair cross-complementation group 1”, “chemotherapy”, and other variations.

After two trained researchers independently read the titles and abstracts, excluding trials that obviously did not meet the inclusion and exclusion criteria, they further read the full text of the potentially eligible studies to further determine whether they met the requirements and cross-checked the reference lists. For trials where decisions on inclusion were difficult or where there were divergent opinions, inclusion was ultimately resolved through panel discussions. The two researchers independently extracted the information according to the predesigned data extraction table. For the repeatedly published articles, only the most recently published and the most complete articles were selected. For Chinese literature, research entered by the Peking University Library or the Key Magazine of China Technology was chosen. According to the Newcastle-Ottawa scale (NOS) (11), the quality of the literature was evaluated. Literature with fewer than six stars was considered low-quality while literature with six stars or more was considered high-quality. Only high-quality articles were included in this study.

Literature included in the meta-analysis were required to have the following content: patients with ovarian cancer diagnosed by pathological or cytological examination; expression of ERCC1 in ovarian cancer tissues detected by immunohistochemistry (IHC); the same chemotherapeutic drugs used in patients regardless of positive or negative expression of ovarian cancer; detailed clinical data; original data on the number of positive cases or the positive rate. Repeated literature reports on the same study and animal studies were excluded.

The meta-analysis was carried out by using stata15.0 software. The odds ratios (ORs) and 95% confidence intervals (CIs), as the effect size, were calculated to represent the results. Q test was used to assess the heterogeneity of the results of each study. If I2≥50%, or P≤0.05, the results were considered heterogenous, and the random effects model (REM) was used. If I2<50%, and P>0.05, heterogeneity was considered absent, and so the FEM could be used for data consolidation. Z test was used to assess the significance of the combined OR value. This meta-analysis was included in the evaluation of publication bias, and the judgement standard was whether the funnel plot was symmetrical or not. The funnel plot used the standard error of each study log (OR) to map its OR value. If the funnel plot was asymmetrical, the presence of publication bias was considered possible, and Egger’s Test was used to test the publication bias.

A comprehensive search of each database was completed, and the results from the literature were cross-checked. Each article was screened in strict accordance with the requirements of inclusion and exclusion criteria and quality control. The specific screening process is displayed in Figure 1, and the basic characteristics of the literature are summarized in Table 1. Ultimately, seven studies (12-18) were included in the analysis, which comprised a total of 402 patients positive for ovarian cancer, with a ERCC1 positive expression rate of 53.2%. 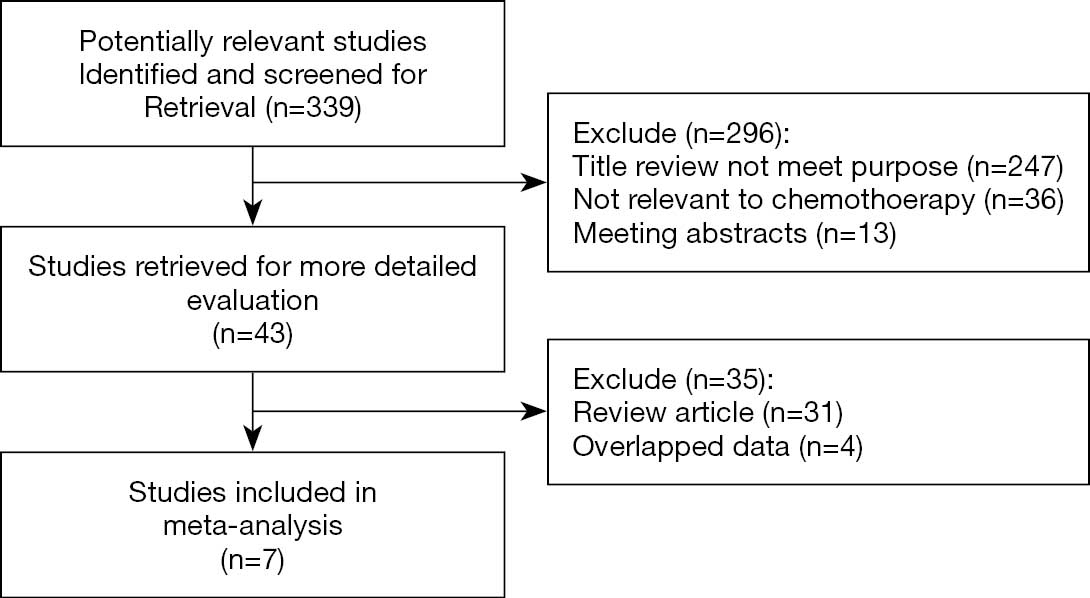 Figure 1 A flow diagram of the study selection process. 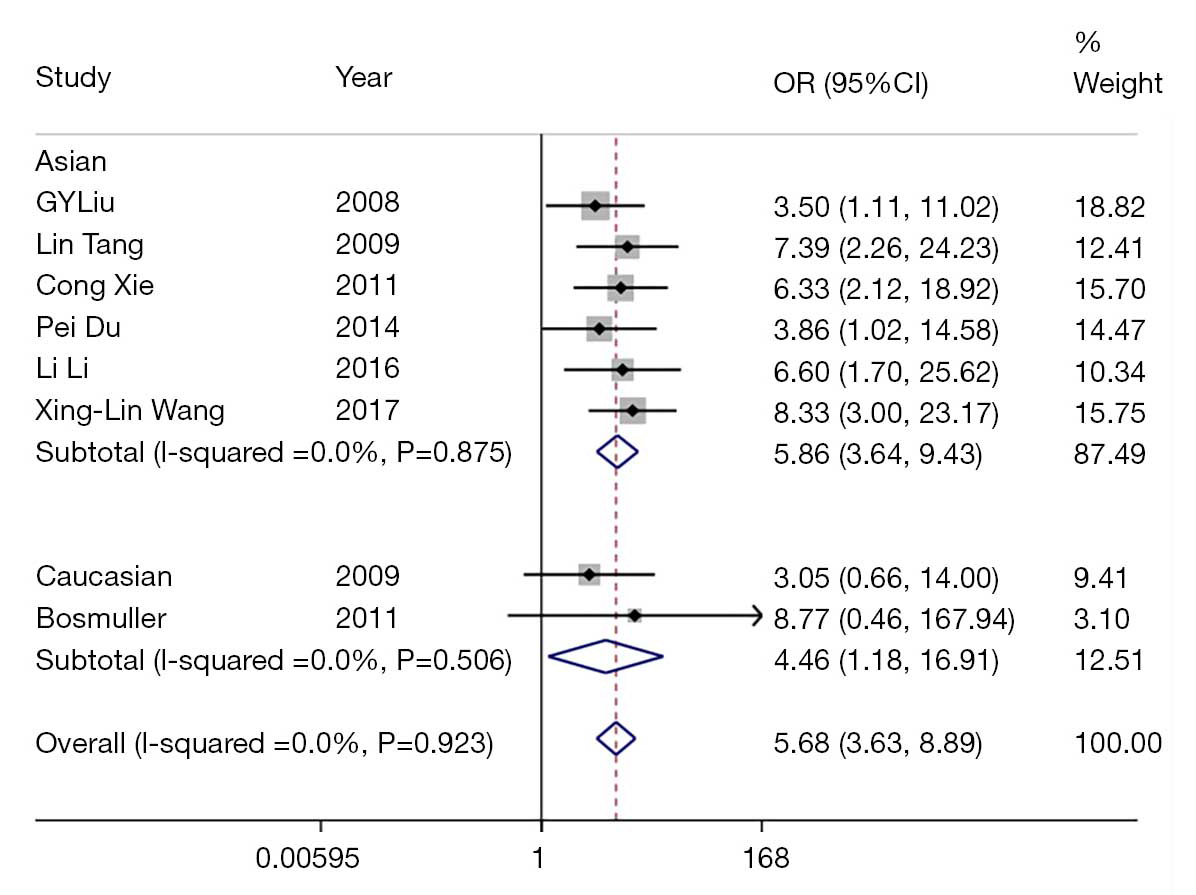 A funnel plot was used to analyze the selected literature, and its symmetry was analyzed by Egger’s Z test. The specific results are shown in Table 2 and Figure 3. The results demonstrated that the funnel plot was basically symmetrical, and according to Egger’s Test, the P value was more than 0.05, indicating no publication bias. 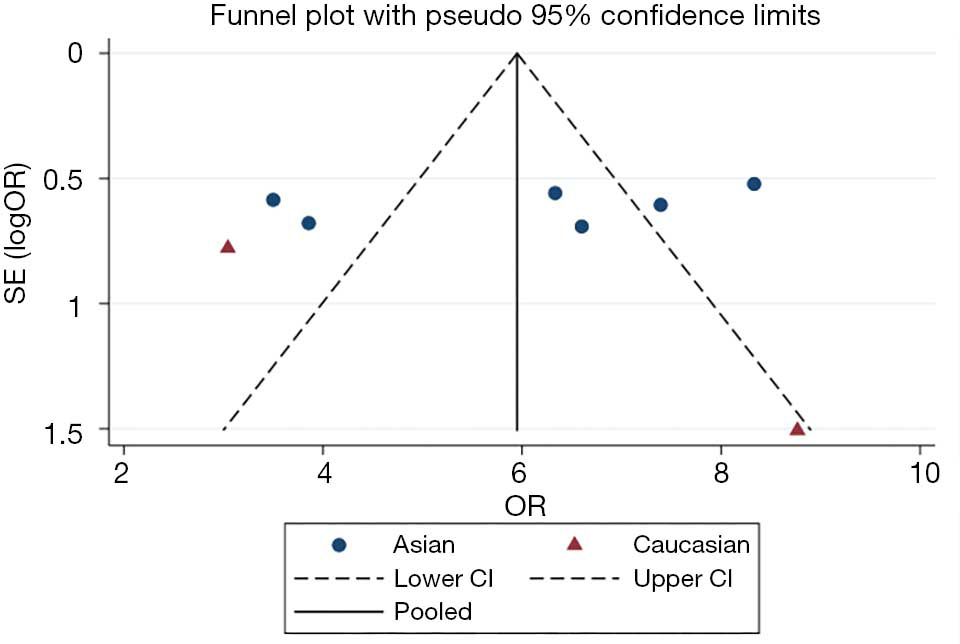 Figure 3 Funnel plot for the assessment of publication bias.

The results of sensitivity analysis are summarized in Figure 4. After excluding each study one by one and conducting the meta-analysis, the results suggested there to be no significant change in the combined effect, indicating that the seven articles included were reliable. 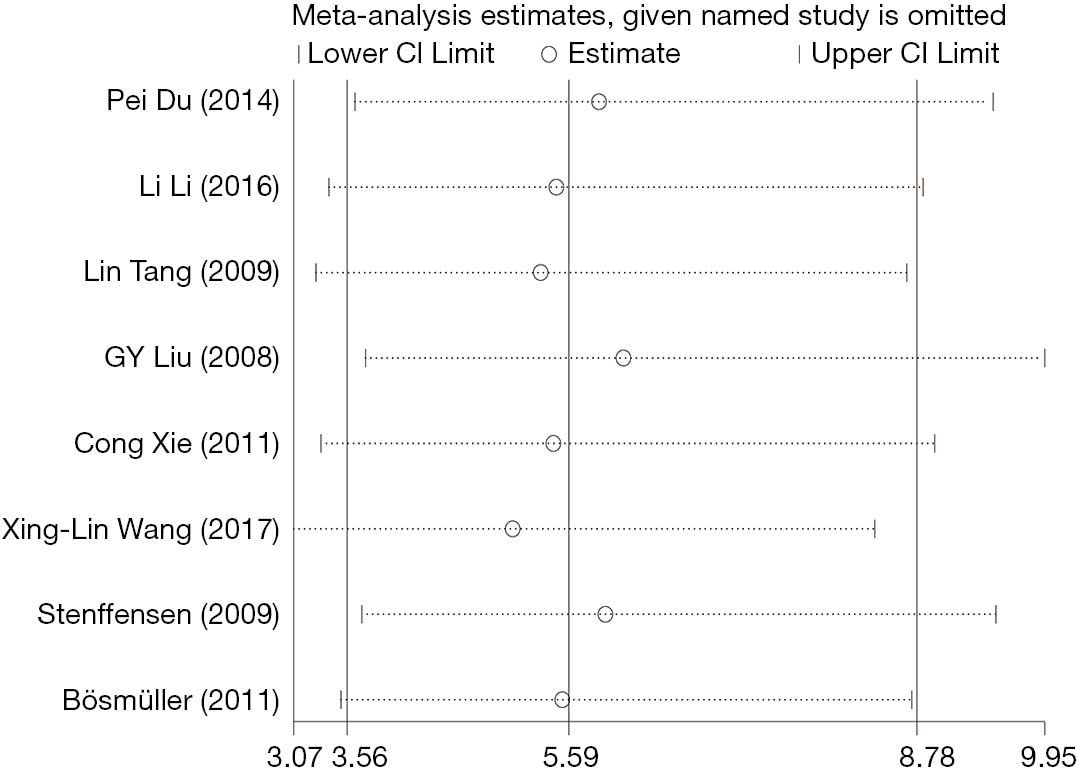 The incidence of ovarian malignant tumors is second only to cervical cancer and endometrial cancer among gynecological malignant tumors, and the 5-year survival rate is only 20% to 30% (19). The mortality rate of this disease is so high in part because of the lack of simple and specific early screening criteria and the resistance of tumors to chemotherapeutic drugs. Platinum preparation is the first-line chemotherapy drug for the treatment of ovarian cancer. It inhibits tumor cell division by inhibiting DNA replication (20). The ERCC1 gene is a DNA damage repair gene. Its function involves repairing the genome dysfunction caused by carcinogenic factors which has the effect of inhibiting tumor growth. However, it has been reported that the ERCC1 gene is involved in the repair of DNA damage caused by platinum drugs which thus reduces the efficacy of chemotherapy. The expression level of the ERCC1 gene in tumor is closely related to the chemotherapeutic effect platinum drugs have on patients (21). ERCC1 has endonuclease activity, which is the core factor of nucleotide excision repair (NER) pathway and which plays an important role in the repair process. It is essential for the in vivo repair process, as it maintain two functions, excision of 5' end and damage identification. On the one hand, ERCC1, as an endonuclease at the protein level, can repair the DNA damage caused by platinum drugs. On the other hand, the mechanism of drug resistance caused by the high expression of ERCC1 in tumor cells leads to the damage of DNA. These countervailing phenomena can cause platinum resistance. Platinum enters tumor cells and hydrolyzes into dichlorodiaminoplatinum, which binds to intracellular nucleophilic DNA to form platinum-DNA adducts, resulting in interchain or intra-chain crosslinking of DNA, affecting the replication and transcription of DNA. It has the ultimate effect of damaging DNA and precipitating the apoptosis of tumor cells.

Another purpose of the study is to provide evidence-based theory for clinical treatment. There have been many related studies on the relationship between ERCC1 gene expression and the sensitivity of platinum-based chemotherapy in patients with ovarian cancer, but the results of these studies are not uniform. Studies have shown that ovarian cancer patients with positive ERCC1 protein are prone to platinum drug resistance (26,27). However, some studies have shown that ERCC1 protein expression has no significant correlation with the prognosis of ovarian patients with platinum chemotherapy (22).

The results of this study showed that the overexpression of ERCC1 was correlated with the chemosensitivity of platinum drugs in ovarian cancer. Compared with the high expression of ERCC1, low expression was more sensitive to platinum chemotherapy for ovarian cancer. In the subgroup analysis, the Asian and Caucasian populations yielded the same results. From the point of view of statistical heterogeneity, there was no statistically significant difference, indicating that the homogeneity of samples in the study was good. From the perspective of publication bias, the funnel plot was basically symmetrical. Egger’s Test yielded a p value greater than 0.05, indicating no publication bias was present. The results of sensitivity analysis, which was performed by excluding each study one by one and using meta-analysis, did not show a significant change in the combined effect, indicating that the stability of the included studies was acceptable. The conclusion of the present meta-analysis was therefore considered reliable. Our results were consistent with those of Liu et al. (25) who demonstrated that those ovarian cancer patients with a low expression of ERCC1 were more sensitive to platinum chemotherapy.

Naturally, our study has some limitations. First, the methods used to detect the expression of ERCC1 in the included studies were all basically immunohistochemical in nature, and thus there might have been some subjectivity and inconsistency in judgment across the different researchers. Furthermore, the number of included studies was relatively small; most were from Asian countries, only two were from Europe and North America, and none were from African or South American countries.

Reporting Checklist: The authors have completed the PRISMA reporting checklist. Available at http://dx.doi.org/10.21037/apm-20-1634

Conflicts of Interest: All authors have completed the ICMJE uniform disclosure form (available at http://dx.doi.org/10.21037/apm-20-1634). The authors have no conflicts of interest to declare.