Laparoscopic versus open mesh repair for the treatment of recurrent inguinal hernia: a systematic review and meta-analysis

There have been few previous meta-analyses to compare the effectiveness of open repair and laparoscopic repair for recurrent inguinal hernia, and those that have been conducted are limited. Therefore, we conducted this meta-analysis to critically evaluate and synthesize the current evidence on the differences between laparoscopic and open mesh repair for treating recurrent inguinal hernia. We present the following article in accordance with the PRISMA reporting checklist (available at http://dx.doi.org/10.21037/apm-20-968).

This meta-analysis was conducted in compliance with the PRISMA guidelines (11). Studies into the effects of laparoscopic and open mesh repair in the treatment of recurrent inguinal hernia were identified via a systematic search of the PubMed, EMBASE, Science Direct, Cochrane Central Register of Controlled Trials, China National Knowledge Infrastructure (CNKI), and Wanfang databases. The electronic search took into account both English- and Chinese-language articles published up to December 30, 2017, and used the following terms and/or combinations: “recurrent inguinal hernia”, “laparoscopic”, “open”, “total extraperitoneal (TEP)”, “transabdominal preperitoneal (TAPP)”, “Lichtenstein”, “RCT”. The reference lists of the retrieved studies were also reviewed and manually searched, and no attempt was made to identify unpublished reports.

The titles or abstracts of the studies were screened before a second screening of the full-text articles was conducted. The articles were judged against the following inclusion criteria: (I) the study compared the laparoscopic and open repair for recurrent inguinal hernia; (II) the study was RCT by design, regardless of whether the study was blind or not; and (III) related major outcomes such as the recurrence rate, operative time, and related complications were reported. Studies with duplicated reports and those with unbalanced matching procedures and incomplete outcome data were excluded. When a duplication occurred, we excluded the studies reported as conference proceedings and the earlier publication.

The two authors independently read the retrieved studies against the selection criteria. When a disagreement arose, a consensus was reached through discussion. After the studies that met the inclusion criteria had been identified, the two authors extracted the following data from each article: the authors, year of publication, country of origin, the patient demographics, the repair approach, the duration of the trial, the length of follow-up, and the study results and conclusion. If any of this data was unclear or the results were difficult to extract for meta-analysis, we attempted to contact the corresponding authors to obtain more precise and detailed information.

The quality of the included RCTs was assessed using the Cochrane Collaboration’s “risk of bias” tool, which includes seven domains: sequence generation, allocation concealment, blinding of participants, personnel and outcome evaluators, incomplete outcome data, selective outcome reporting, and other sources of bias. No conflicts of interest were reported or found in the study design, data collection, results analysis, and interpretation. The study quality was assessed independently by the two authors, and any discrepancies in the evaluation of study quality were discussed to reach a consensus.

Data analysis was carried out using RevMan Version 5.2. The pooled estimates of outcomes were calculated using a fixed effects model or random effects model according to the difference in heterogeneity. Tests for heterogeneity and overall effects were conducted for each outcome analysis. The chi-squared statistical method was used to test for heterogeneity between the included RCTs, and the I2 statistic was adopted to detect any inconsistency. When homogeneity (if P value of χ2 test >0.10 and I2>50%) was detected, a fixed effects model was adopted, while a random effects model was used when obvious heterogeneity (P value of χ2 test >0.10 and I2>50%) was present. Dichotomous variables for each trial were expressed as an odds ratio (OR) with 95% confidence intervals (CIs), and continuous outcomes were reported as inverse variance weighted mean differences (MDs). Forest plots were used to display synthesized results. To detect publication bias, funnel plots were drawn and Egger’s test was used to test for asymmetry. The bias between studies was assessed with sensitivity analysis by removing the included studies from the data results one by one to see if the overall effect size was changed.

Figure 1 shows the flowchart of study selection from the primary results of publication searches to the studies eventually included for analysis. Briefly, the first database searches and manual searching of review lists resulted in 465 citations for further crossover check. The titles and abstracts of 465 papers were accessed and examined, and we identified 45 studies as being potentially relevant for full-text review. After careful screening, 10 RCTs (12-21) were finally included for data assessment. 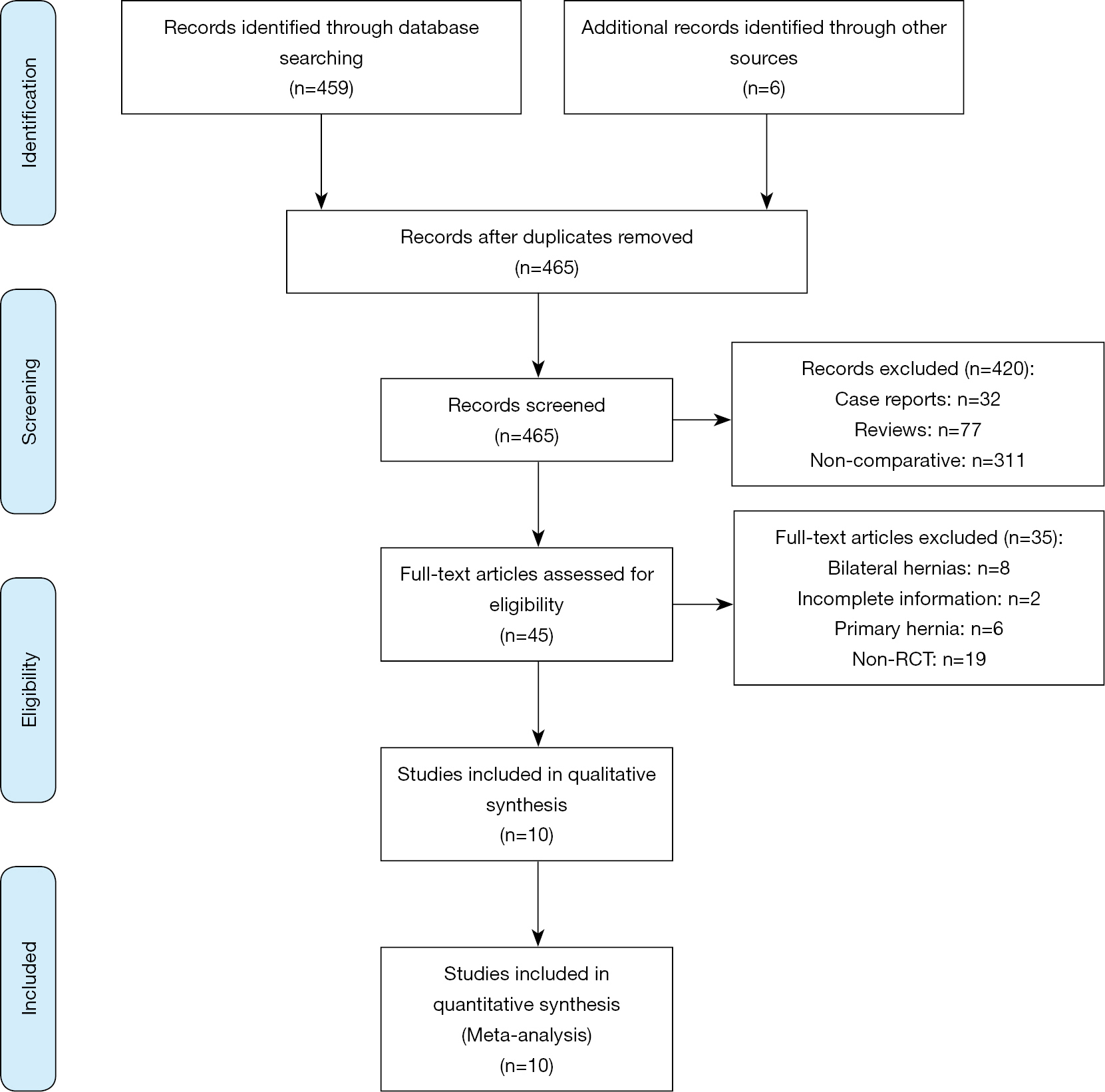 Figure 1 The flowchart of the study selection process.

The basic characteristics of the study population and results for various outcome measures of the eligible RCTs are summarized in Table 1. A total of 1,017 patients were involved in the 10 RCTs included for analysis, of whom 521 underwent laparoscopic mesh repair and 496 underwent open mesh repair. The included RCTs originated from different countries, with three from China, two from the USA, and one each from the Netherlands, Greece, Sweden, Finland, and the UK. The patients ranged in age from 41 to 75 years old. TAPP and TEP were used for laparoscopic mesh repair, while GPRVS and LI were used for open mesh repair. Most of the included studies had a follow-up period of more than 18 months, but four studies did not mention the follow-up period.

The methodological quality of the 10 RCTs is shown in Figure 2. All of the included studies reported the methods used to generate randomized sequences, such as computer-generated sequence; however, only one study reported the allocation concealment. Two studies reported that the study personnel were blinded. For blinding outcome assessment, one study was double blind, in one study the outcome evaluator was blinded, and the other studies reported no blind design. No incomplete outcome data, selective reporting, or other biases were found. 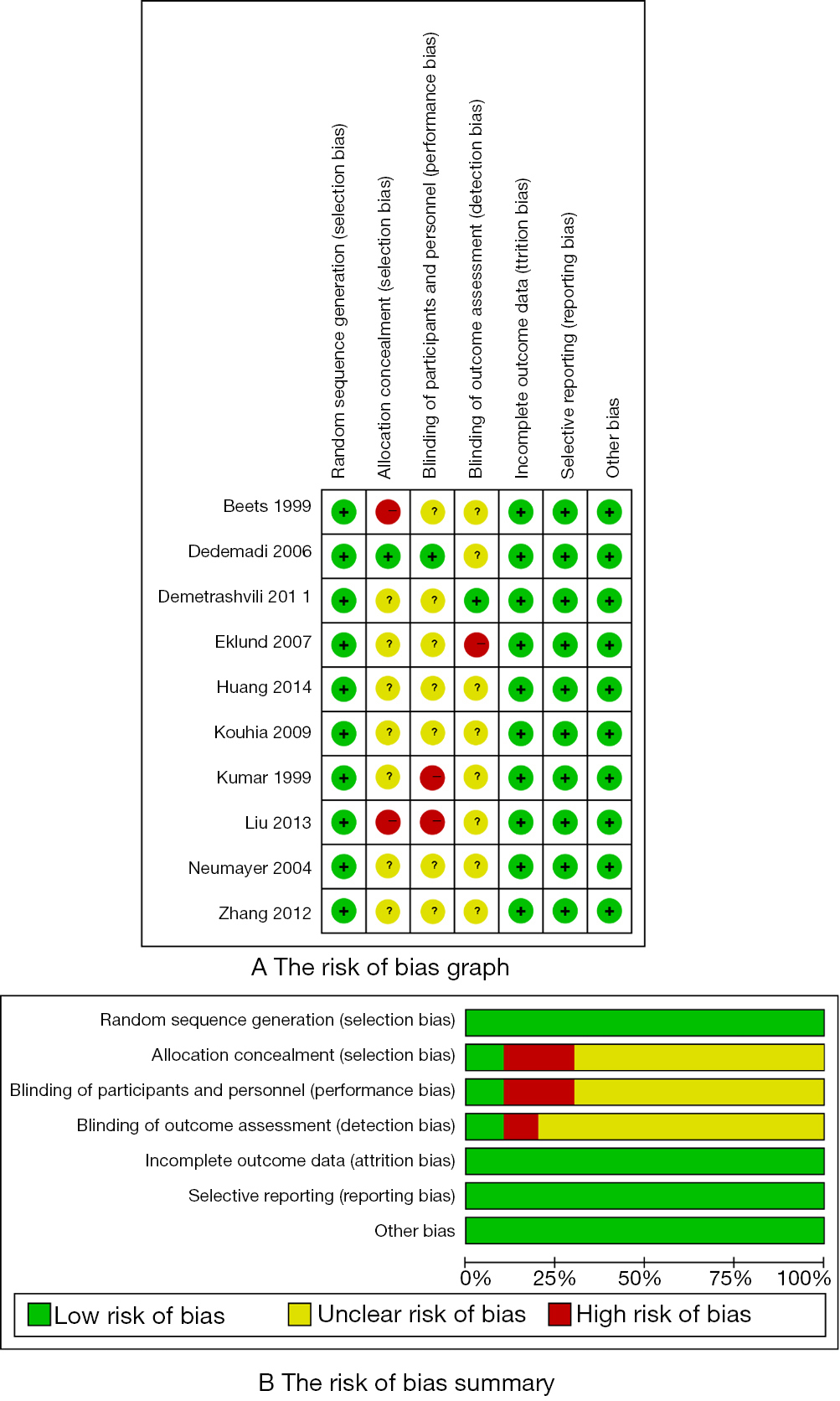 Figure 2 The risk of bias in the included studies.

Eight RCTs reported the rate of recurrence after recurrent inguinal hernia repair in both the laparoscopic repair group and the open mesh repair group. No significant difference was found in the rates of recurrence between the two groups (P=0.23; OR: 0.74, 95% CI: 0.45–1.21) (Figure 3A). 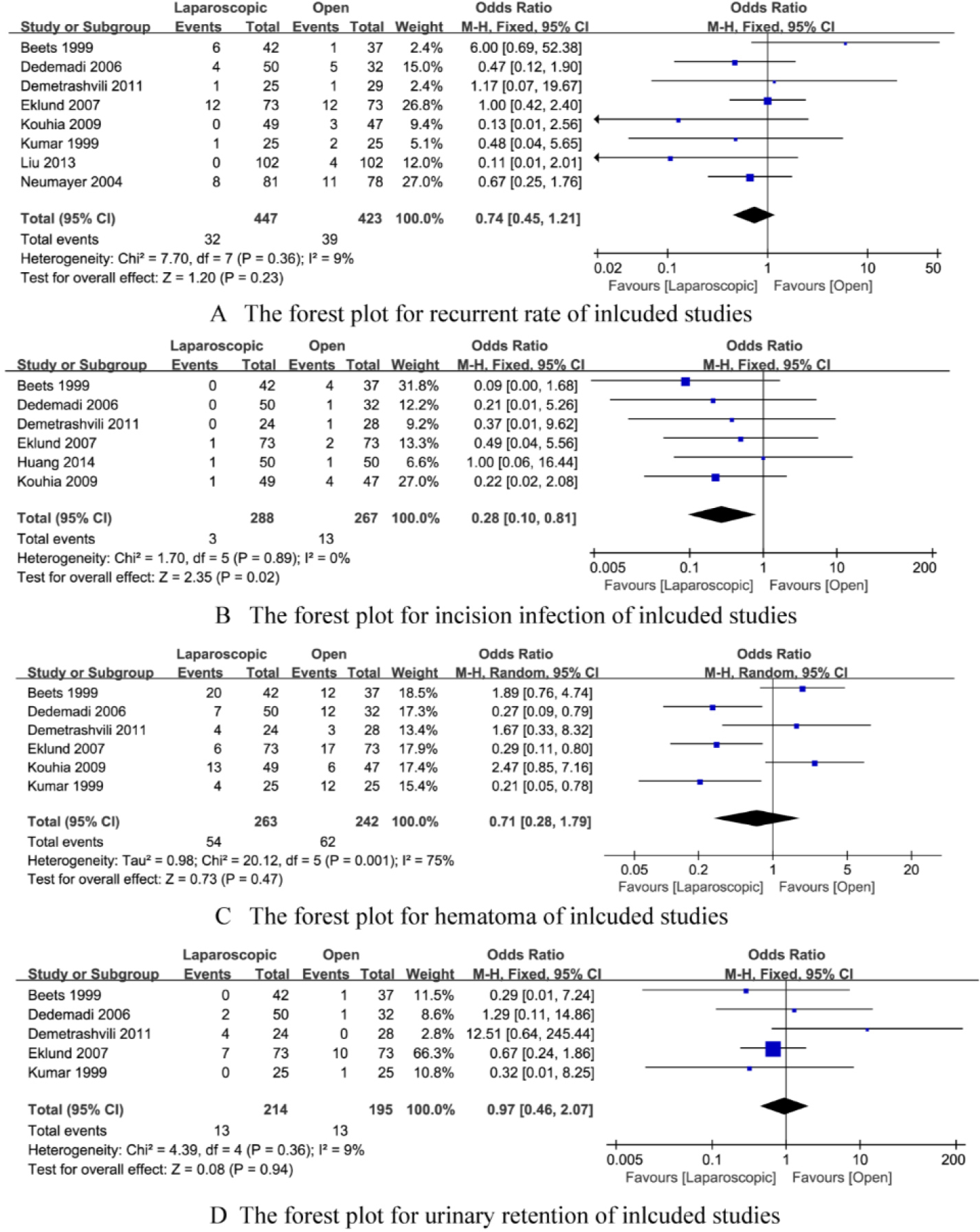 Figure 3 The forest plots for the outcomes of the included studies. 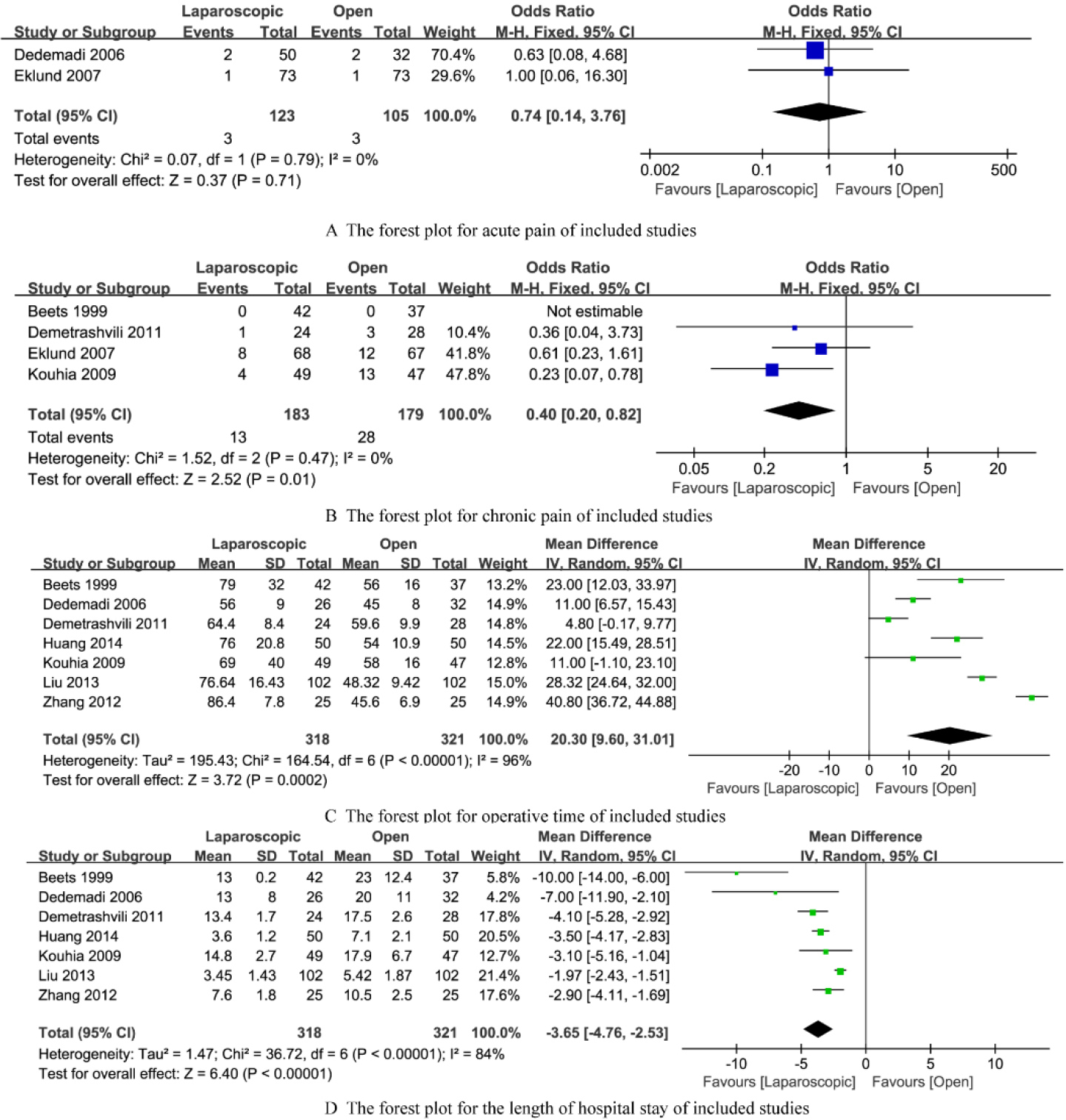 Figure 4 The forest plots for the outcomes of the included studies.

Seven RCTs reported the operative time after recurrent inguinal hernia repair in both the laparoscopic repair group and the open mesh repair group. There was a significant difference in operative time between the two groups (P=0.0002; MD: 20.30, 95% CI: 9.60–31.01) (Figure 4C).

According to the data reported in the included studies, the funnel plot of the recurrence rate was calculated (Figure 5). The point distribution in the funnel plot was mainly symmetrical, implying that no significant publication bias existed. For sensitivity analysis, we removed the study data one by one to compare the size of statistical effect. The results were basically the same before and after exclusion, indicating that the synthesized results were solid and reliable.

Figure 5 The funnel plot for the recurrence rate of the included studies.

Although the use of patches in hernia repair has significantly reduced the recurrence rate, it has also made the procedure more complex and has increased the incidence of local infection (range after surgery, 0 to 9%) through the inflammatory response it induces (31). Laparoscopic surgery, as a minimally invasive approach, can reduce the incidence of infection-related complications, mainly because it eliminates the need for extensive dissection or separation of tissue (32). Our meta-analysis showed that the laparoscopic group had less wound infection than the open tension-free group, indicating that laparoscopic hernia repair is more advantageous over the open hernia repair in reducing the rate of incision infection.

Urinary retention is a concern of peritoneal surgery. A retrospective analysis showed that, rather than hernia type and surgical site selection, anesthesia may be the most closely related factor to urinary retention owing to its direct pharmacological effect on bladder function. In our meta-analysis, almost all of the laparoscopic procedures were performed under general anesthesia, while a variety of anesthesia methods were used in the open group, but no statistically significant difference was found between the groups.

Pain after the hernia repair is extremely common, and is one of the two most common causes of patient complaints. With the development of material technology, chronic pain has been shown to be lower after patch repair than after suture repair (35). Chronic pain after hernia repair may be neurogenic (36,37), but the relation with surgery is still unclear. In our meta-analysis, the results revealed no significant difference in postoperative acute pain, while the incidence of chronic pain in the laparoscopic group was significantly lower than that in the open repair group, which may be because the laparoscopic approach reduces the risk of damaging the inguinal nerve.

Due to the significant difference in the length of hospital stay between the groups, we performed subgroup analysis based on countries. The subgroup analysis also showed that the postoperative hospital stay in the laparoscopic group was significantly shorter than that in the open repair group. With less injury caused by the incision in the laparoscopic approach, it is clear why its recovery time is considerably shorter (39).

In conclusion, there were no statistically significant differences in the recurrence rate or the incidence of hematoma, urinary retention, or acute pain between the laparoscopic and open group in the treatment of recurrent inguinal hernia. The incision infection rate is much lower with the laparoscopic approach and the length of hospital is much shorter than with open repair, but the laparoscopic approach does carry a longer operative time. Ultimately, the choice between laparoscopic and open mesh repair for the treatment of recurrent inguinal hernia should be based on the patient’s specific conditions and the proficiency of the operating surgeon.

Reporting Checklist: The authors have completed the PRISMA reporting checklist. Available at http://dx.doi.org/10.21037/apm-20-968

Conflicts of Interest: Both authors have completed the ICMJE uniform disclosure form (available at http://dx.doi.org/10.21037/apm-20-968). The authors have no conflicts of interest to declare